The folk games in Hoi An not only contribute to preserving the national cultural identity, but also help to remind of childhood memories. Joining these games is a way to help you find your forgotten memories. It will bring you moments of fun, full of emotions. Let’s temporarily put aside the chaos of life, experience it with Hoi An Private Car right away!

Folk games in Hoi An – Activities to attract tourists

Hoi An tourism not only has images of ancient streets tinged with time or colorful lanterns… Traditional values ​​are also considered as a tourist “specialty” of this place. That shows up in folk games.

Every night, dozens of tourists, especially foreign tourists, gather in areas in the old town to participate in a game of card huts, blindfolded pot beating, human chess, etc. All this takes place while the atmosphere is lively. , bustling, for visitors to mingle and feel the excitement it brings.

Not only gives visitors a feeling of excitement with many memorable moments. The folk games in Hoi An also give players gifts that are not big but have high spiritual significance. 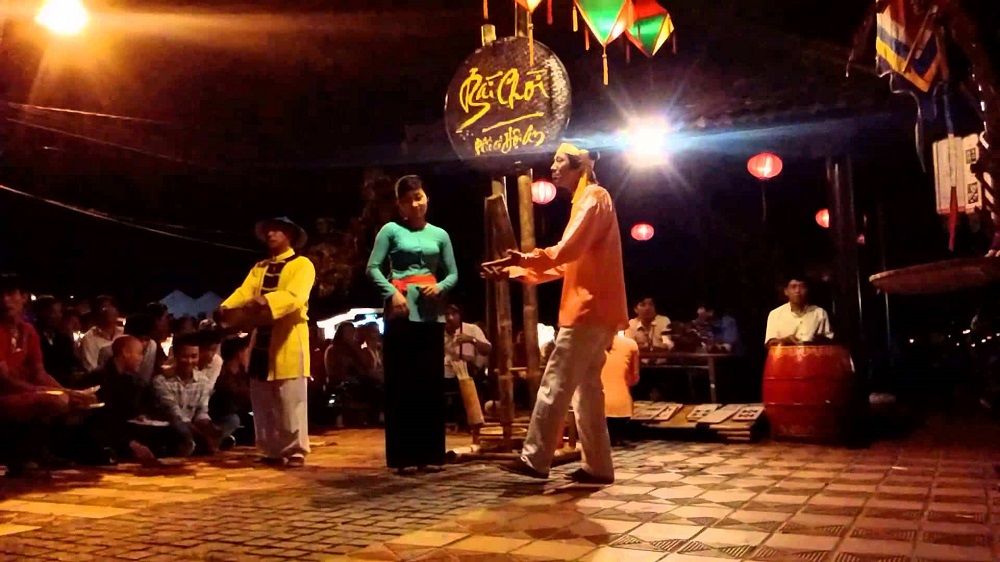 The organization of folk games is not only a source of income, but it is important to bring joy to tourists. At the same time, through this, we also promote these folk forms to international friends.

The special thing is that the games in the old town are held every night. So in just one night you can also participate in many games. Here are the games that Hoi An Private Car finds special, making visitors most excited.

Hoi An Bai Choi – a unique folk game of Hoi An

About Hoi An Bai Choi

The North has the Quan Ho folk song, the South has the Don Ca Tai Tu and the Central has the Hoi An song . Bai Choi was considered a folk art form, then improved into a musical theater. 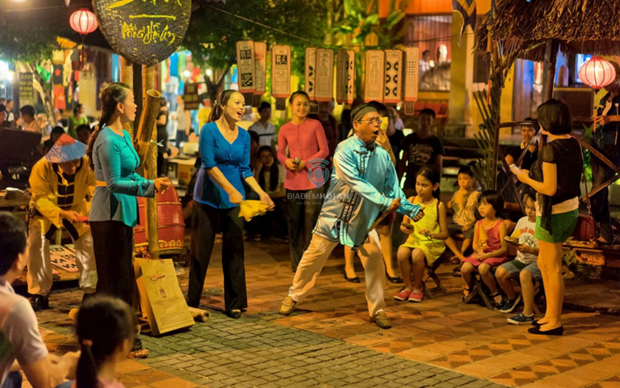 In 2003, Bai Choi was recognized as an Intangible Cultural Heritage of Humanity. From this game is more known. Attracting visitors by the flexibility, rhythm with smooth vocals, cheers.

Features of the card game

This folk game in Hoi An consists of 2 forms: singing Bai Choi and playing Bai Choi. The lyrics of the song have 4 basic things, which is a blend of Southern folk songs with the singing and speaking of tuong. There are also drills, Quang songs, lullabies, etc.

About the game, playing card hut is quite similar to bingo. Ms. Hieu will lead the game with songs related to 32 chess pieces. When participating, players if they see the name of their piece being mentioned, shout and present a wooden card to receive a yellow flag.

Until the player gets 3 of the same flags wins and gets an incentive reward. The game is also over.

Playing Bai Choi, visitors can enjoy the smooth folk songs. Just experienced the feeling of excitement, waiting and joy when being called. Immersed in the wind of Hoai life, admiring the old town scene… there’s really nothing to describe.

Hoi An Private Tour From Danang will often visit the highlights of the old town and participate in many interesting nighttime activities here, including Bai Choi. Therefore, if you want to experience this type of experience, you can register for a tour!

About the blindfolded pot smashing game

Referring to the folk game in Hoi An , it is impossible to ignore the blindfold and beat the pot. No one knows when this game came from, where did it come from… People here only knew that more than 10 years ago, Hoi An people played this game already. 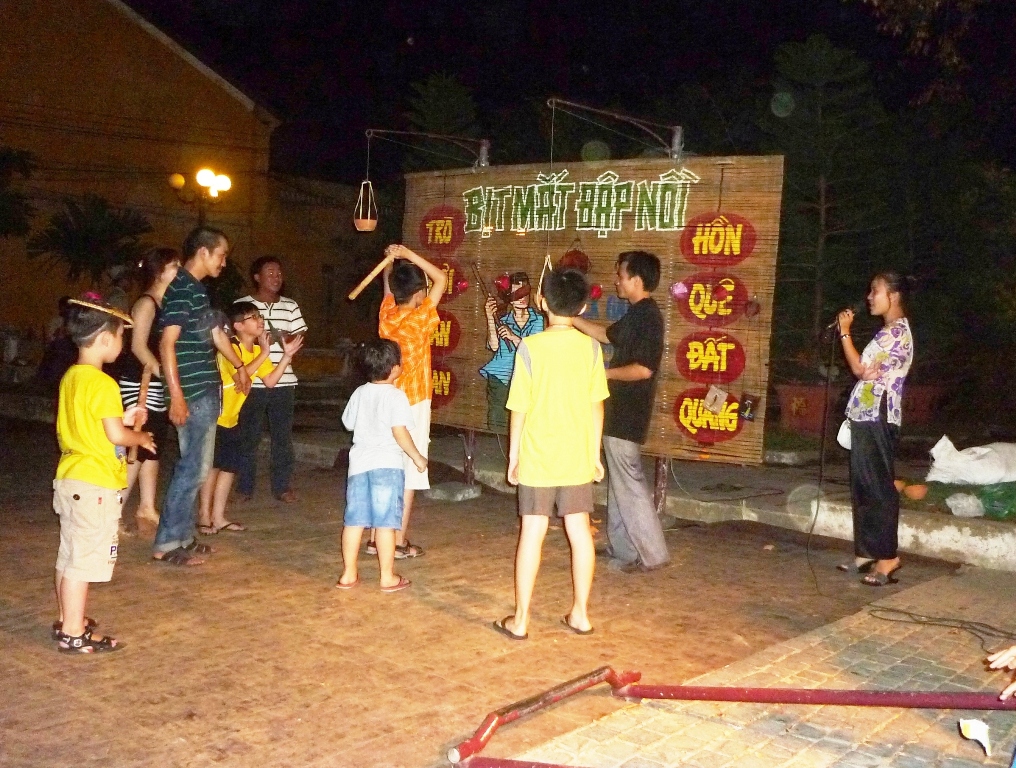 This game at first glance is simple but has the ability to make both players and the surrounding audience always feel excited and excited.

Features of the game

For this game, participants will be able to go from their position to the place of the ashes and walk on their own. After that, they will be given an awl, their eyes will be red, and their feet will follow memory step by step. Reflect on the height of the pot and then swing your hand to break the clay pot. Break will be the winner.

Although both rules and gameplay are very simple, not everyone can win easily. Because when blindfolded, the player can’t see the road, it’s easy to go wrong or the light force does not break the pot.

Human chess – a unique and attractive folk game in Hoi An

About the human chess game

The human flag is actually a type of performance imbued with national cultural identity. I don’t know since when, but every festival or New Year, people here organize to play human chess. Over time, human chess still retains the traditional beauty of a folk game. This intellectual game not only brings entertainment moments but also shows sportsmanship, intelligence, and acumen.

Features of the human chess game

This game takes place with the participation of 2 teams, a total of 32 people. Half wear blue uniform, half wear red uniform. Each member represents 1 piece equivalent to the chess piece in the chess game and stands on the board drawn on the field.

When the chess player moves a piece, the member stationed that piece will move to the corresponding position. If you die, you will be out of the field. The game ends when 1 of the 2 players loses.

In addition, in this atmosphere, there are performances of martial arts, world war moves, weapons, and drums. All of this makes the atmosphere more exciting and the game of chess becomes dramatic and beautiful, making anyone feel excited.

Features of the oral class

When it comes to folk games in Hoi An , besides the hut, human chess, blindfolded pot, etc., there must be a class of oral folk songs. 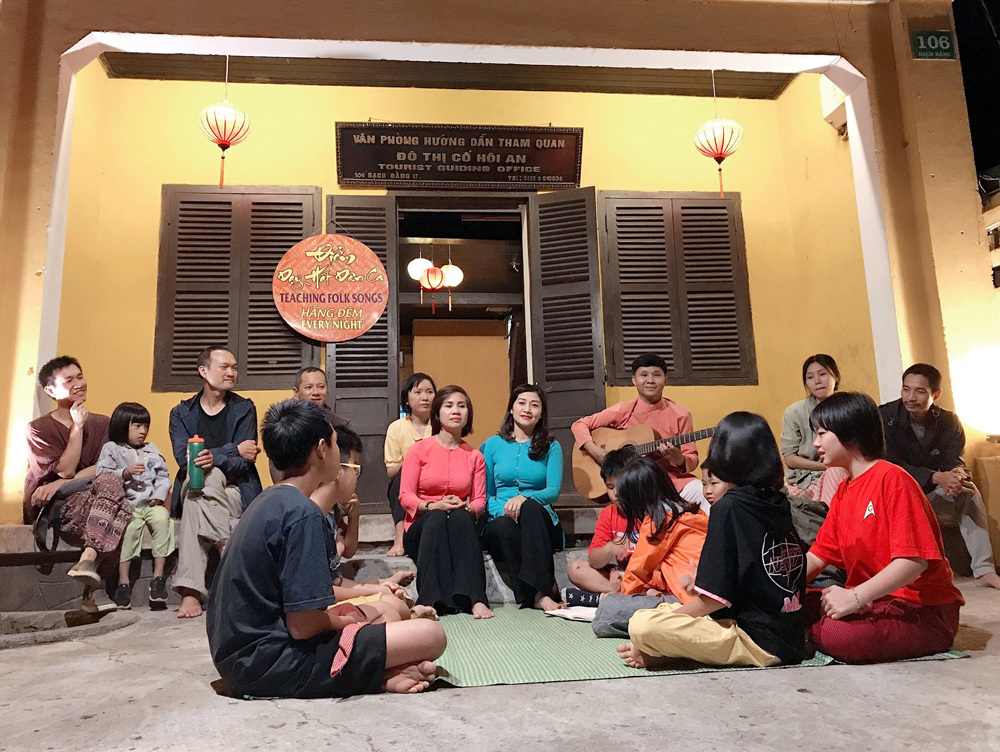 This class was first held in 2009 and is still maintained until now. This is as a way to convey the folklore of the South Central region to future generations.

How to join the oral folk class?

There are no rules for this class, just anyone who likes and is passionate about folk music can participate. The classroom has no tables, no chairs, only two or three mats with children of all ages joining in the sweet folk songs.

Visitors can also join if they want, everyone is welcome. Those who participate will be given notebooks with song titles and follow the instructions of “big brother, big sister” and sing along. Keep studying like that until you memorize the lesson.

Time and place of folk games in Hoi An

Location of Hoi An folk games

Visitors to Hoi An, want to participate in folk games, just take a walk around the old town. Drop by at the beginning of Nguyen Thai Hoc Street or Kazik Park, Bach Dang Street or the vacant lot area right on the banks of Hoai River (near Hoi An Bridge Pagoda ).

These are the regular places where human chess games, hut games, oral folk songs classes, blindfolded pot beatings take place… All of them don’t seem to be entering the gate, so feel free to experience them.

Time to organize folk games in Hoi An

When night falls, Hoi An ancient town becomes the most crowded, bustling and sparkling. At this time, the number of tourists flocking here is extremely large, to walk around the old town, admire the scenery, take pictures or drop flower lanterns on Hoai River, …

This is also the time when folk games began to be initiated. Usually the games will take place from 19:00 to 21:00 every day (except rainy days). With this time, it’s easy to join, isn’t it?

Some notes when participating in folk games in Hoi An

People often say, coming to Hoi An without participating in folk games is like going to the beach without setting foot in the sand or in the water. That is enough to see its attractiveness. However, to participate, you need to note a few things that Hoi An Private Car reveals below.

Ignoring the troubles of life, this time to Hoi An let’s “slip” into a small corner in the old town. Join a game you like to revisit old memories. The folk games in Hoi An will make you feel extremely excited, mixed with a little thrill when remembering memories. Definitely an unforgettable memory!

Do not hesitage to give us a call. We are an expert team and we are happy to talk to you. 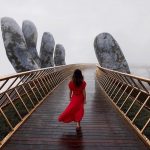 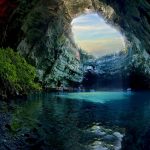 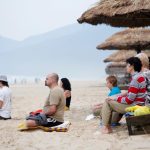