Hien Luong Bridge is the center of the historical cluster of Hien Luong-Ben Hai Double Banks, which is classified as a special national monument of Vietnam. The bridge is located right on the 17th parallel, spanning the Ben Hai River, the section flowing through Hien Luong village, Vinh Thanh commune, Vinh Linh district, Quang Tri province. During the anti-American resistance war, Hien Luong Bridge was the boundary dividing Vietnam into two North-South regions. 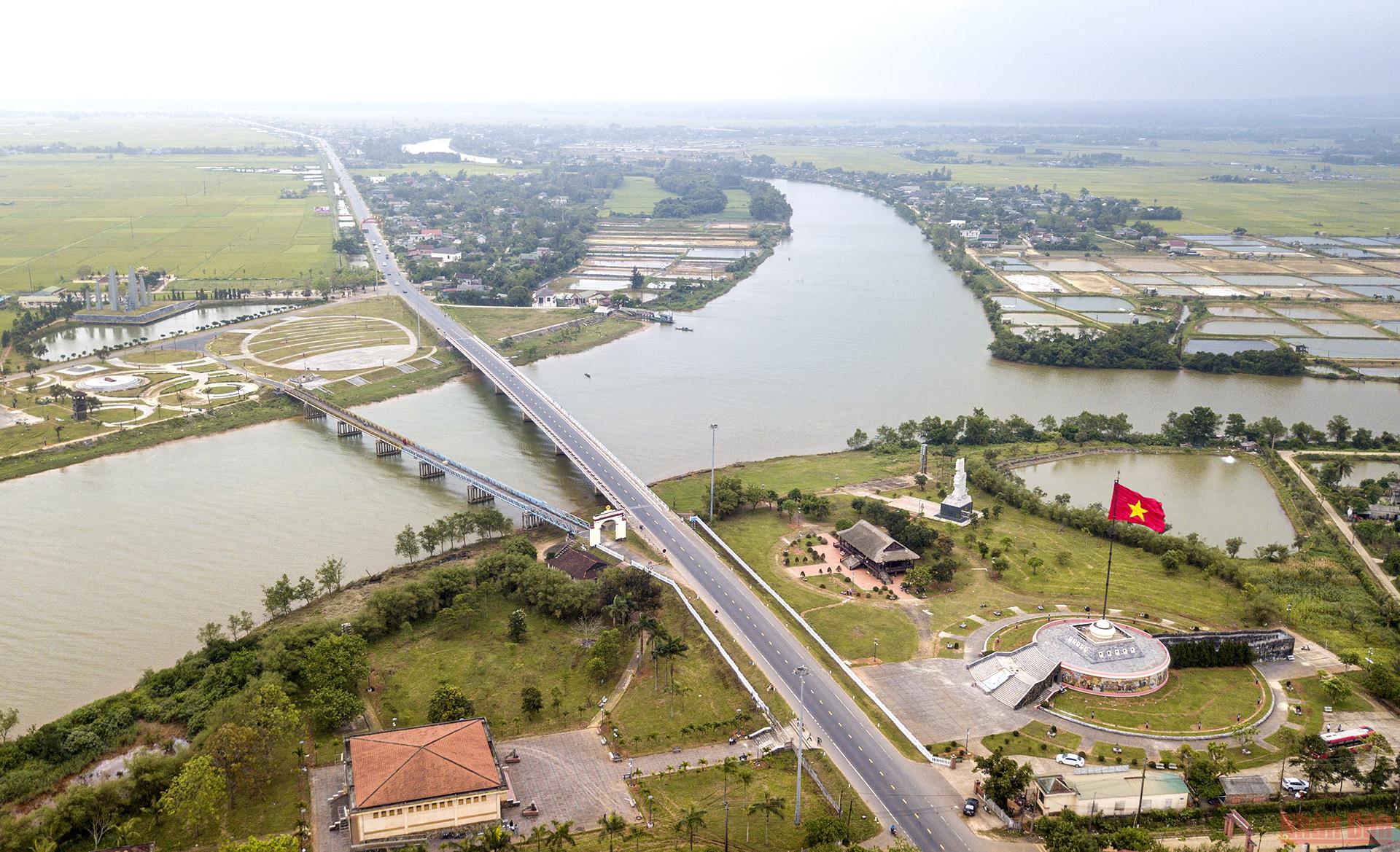 The bridge has 2 colors of green and yellow, the result of the paint color war that took place fiercely between the north and south banks. If the north bank is painted blue, the south bank is painted yellow. This war lasted until 1960, the two colors remained green-yellow. In 2014, Hien Luong Bridge was restored for the first time in two colors, blue and yellow as it once existed, to emphasize the unification aspiration of the Vietnamese people. 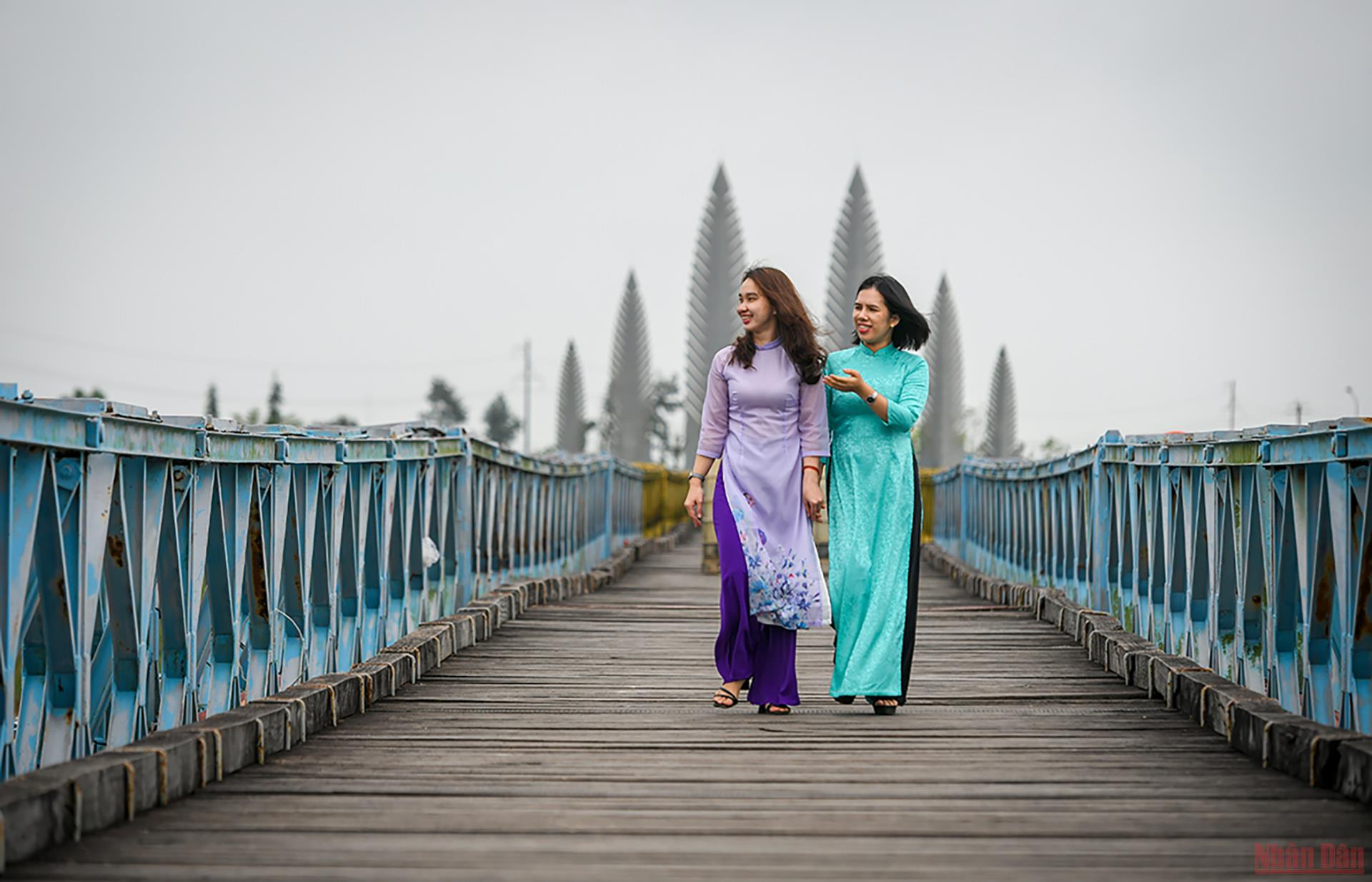 Visiting the banks of Hien Luong-Ben Hai is an opportunity for each Vietnamese person to review heroic and tragic memories, to honor and deeply appreciate the great sacrifices of their forefathers for independence. freedom of the Fatherland. 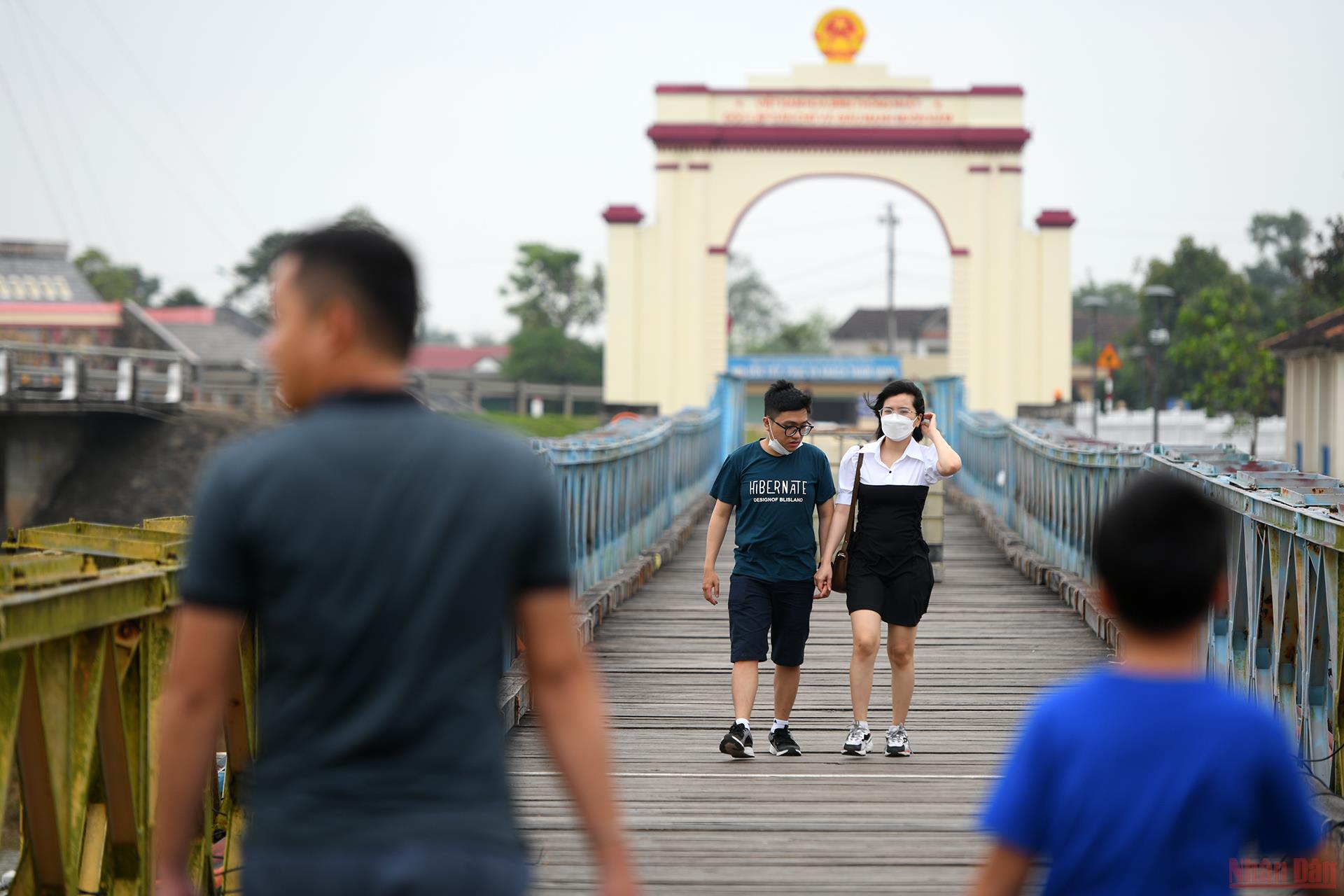 In 2008, the restored bridge was inaugurated, used as a historical evidence of the period separating the two North-South Vietnam. 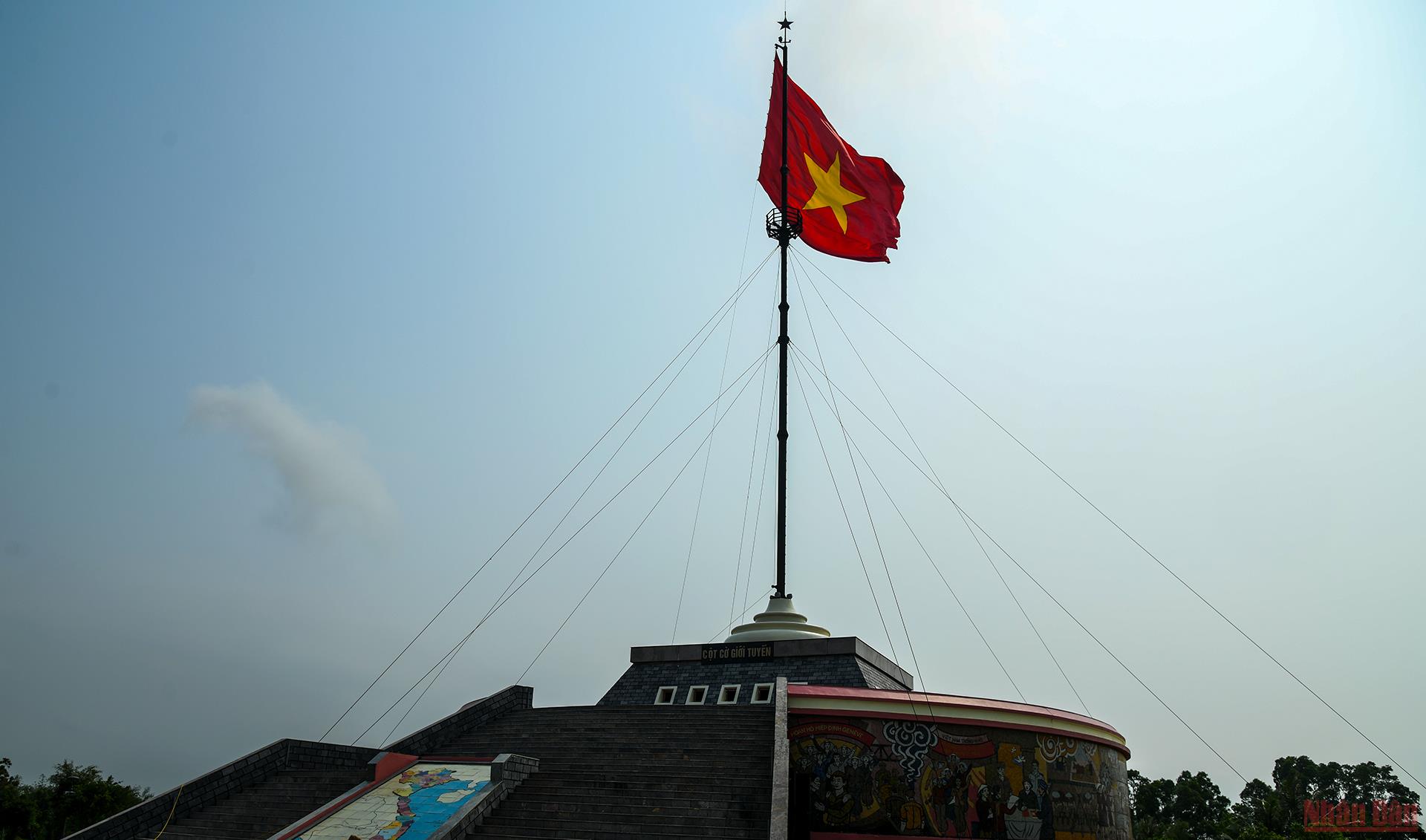 Hien Luong flagpole (Hien Luong flag tower) consists of a tower and a flagpole. The tower is the overall architectural block built higher than the site of the monument. The flagpole has a total height of 28.00m, made of 6 sections of steel pipe, linked together. 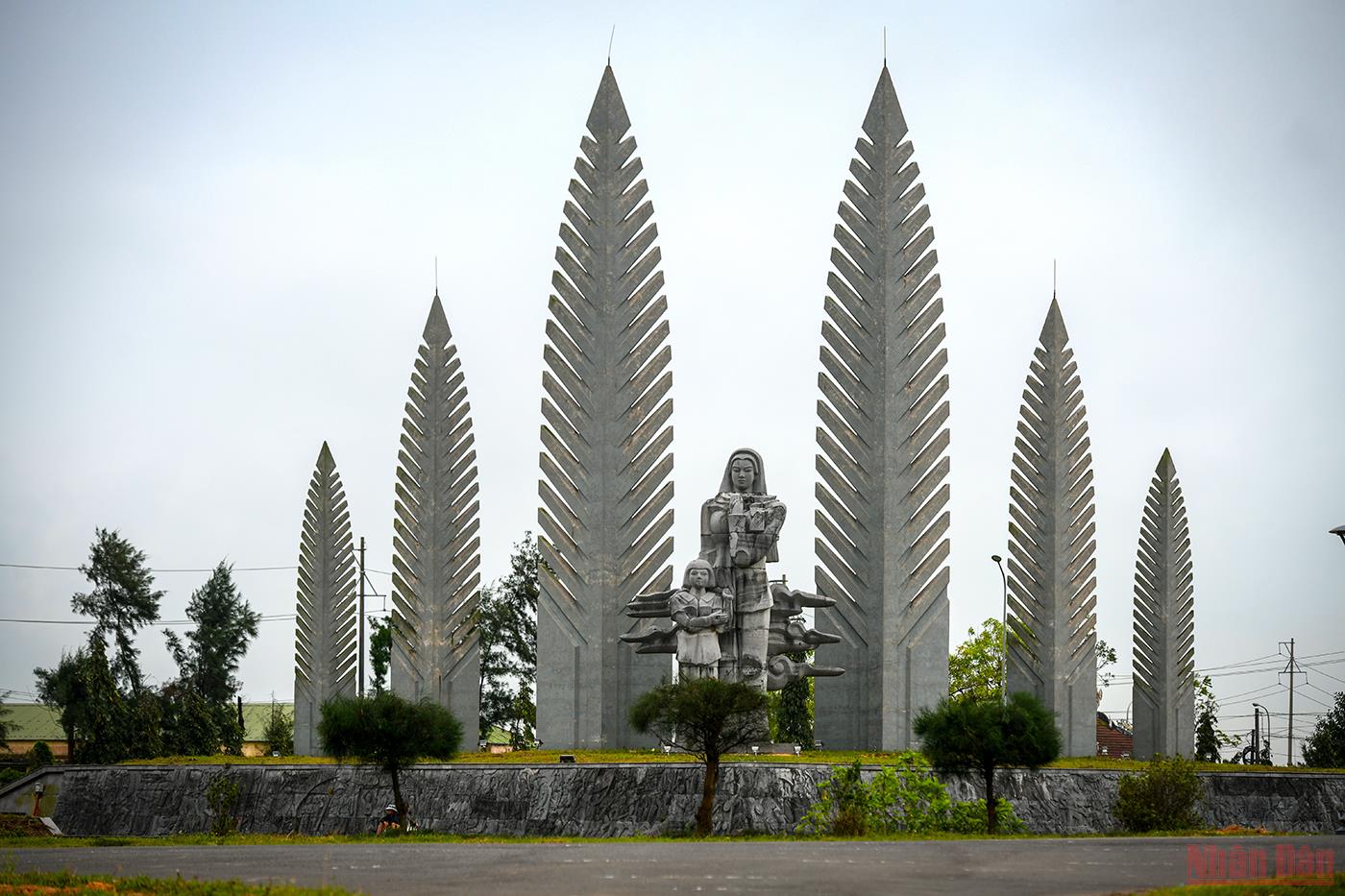 Cluster of monuments “Aspirations for unity”. The monument is located on the south bank of the Ben Hai River, east of National Highway 1A, with an area of ​​2,700m2, including two parts: the pedestal, with the side of the relief array, assembled from many stone blocks, of different sizes. ; part of the monument is the image of a southern mother (7.70m high) and son (5.50m high), created on Thanh Hoa green stone. 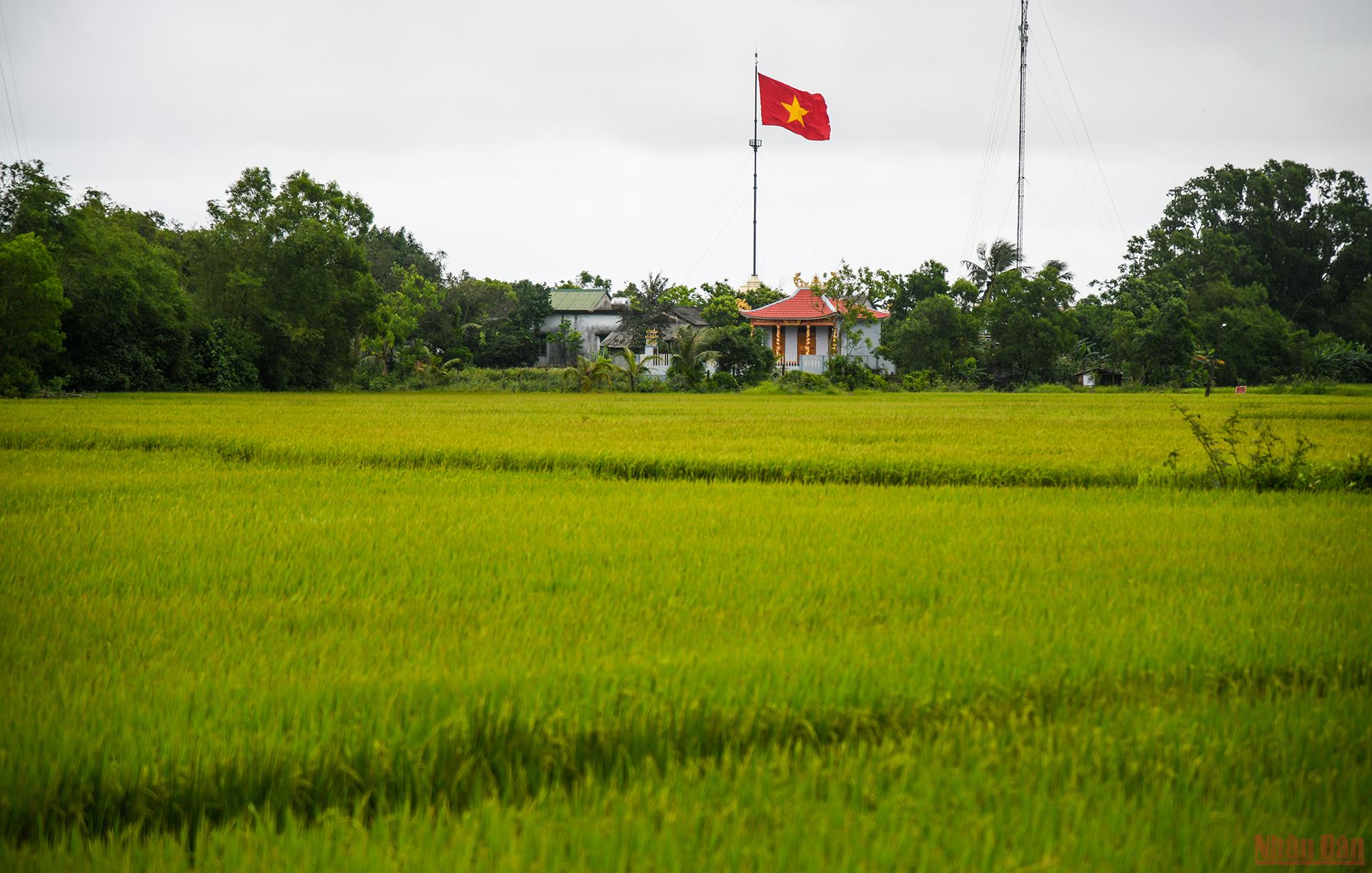 More than half a decade has passed, the “land of fire” in the past has changed. The land of smoke and bombs in the past has given way to vast fields of rice, pepper, and green rubber forests.

Transport To Hien Luong Bridge From Danang, Hoi An